Hello, my name is Lucky and Bear!

Lucky and Bear are two mixed breed rescue dogs (Lucky is female and Bear is male) who we took on last year when their previous owners emigrated and left them behind. Initial indicators were that they would get along fine with our existing dog, but over the last few months it’s become clear that it’s not going to work long term. We have had several consultations with a reputable behaviourist and she is of the view that It would be in the interests of the safety, well-being and happiness of all 3 dogs for our foster kids to find a forever home where they can be the only dogs (either together or on their own).

They are lovely dogs, both very sweet natured and loving. They are 5 years old, turning 6 in July this year, and we’re adopted together from the SPCA as pups, so they are a real family unit.

Bear can be fearful-aggressive towards other dogs and he needs to therefore either be homed together with Lucky in a house with no other dogs, or regimes as an only dog. That said, we regularly take him to the dog park near our home and he socializes just fine with other dogs in a neutral environment, on or off-lead. He just isn’t comfortable sharing his home territory/space with anyone other than Lucky. He is not aggressive towards people at all in our experience, but he is quite fearful towards males, especially people of colour (we suspect that he may have been abused before he was initially rescued). He will growl and run away if he’s approached by a man he doesn’t like (for example when we have contractors on the property).

Lucky (tan female, medium) and Bear (black and tan male, small-Medium) can be rehomed seperately, although we would ideally love to find them a home together, as they are an inseperable pair. They are such sweet dogs, they love getting attention and cuddles and are utterly devoted to their people. Lucky will follow you around everywhere if you let her, and Bear loves to snooze on top of your feet while you watch TV or work.

They are great with children of all ages and their previous owners had 2 cats (although we have not seen them interact with cats before).

Bear had painful/inflamed joints when we got him, and was on daily anti-inflammatory medication. However, since we fostered him and started feeding him Acana (high protein organic dog food) with the guidance and support of our vet, he has been taken off the anti-inflammatory medication entirely and because he has also lost quite a bit of weight on a better diet, he doesn’t struggle with his joints anymore, provided he goes for short walks (max 2-3km walking pace with rests). He even jumps and wrestles with his toys now when we play with him, but he will need to be fed a proper diet or given joint support medication as before. 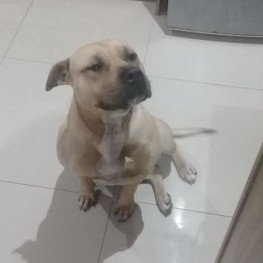 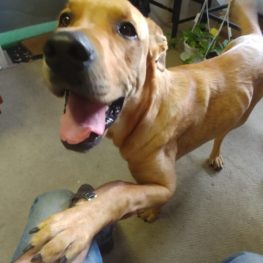 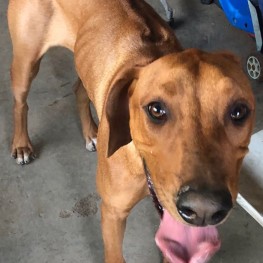