Hello, my name is Sasha!

Sadly, Mike has had to move to a retirement home, where they are allowed animals, but the animals are not allowed to leave the apartment and Sasha was not adapting to this way of life.

We acquired her from Tears about 6 years ago.  She was approximately a year old at the time, still very kittenish and lively, while being extremely affectionate at the same time.  After a week or so of adjustment, during which time she was kept in the house, Sasha was allowed free rein of the neighbourhood.  We tried a collar and bell, but she always got them off and we gave up on that idea.

We needn’t have worried.  She was smart and adaptable and soon learnt to avoid threatening dogs or cars and established a territory of her own.  In her first year she was a great hunter and very generous since she always brought her victims for our approval and consumption.  This entirely natural instinct was unfortunate since we wanted to encourage small wildlife and birds.  This lessened gradually over time and now it is rare that she kills anything.

She became increasingly attached to us, me in particular, but still maintained a strong streak of independence.  She would hang about me if I was talking to someone else and do all sorts of acrobatic stunts to gain my attention.  When my wife and I went for a walk, Sasha would accompany us for a 100 m or so to the edge of her territory and wait for us to return so she could lead the way home with her tail sticking straight up in the air.  She had to be in first and could never resist an open window or door.  Naturally I would do it deliberately so she would pop outside even in the rain and then beg to come back, looking cross at me for taking advantage of her weaknesses.  She and I had long conversations by cat standards and she had her own way of showing what she wanted.

So to sum up, Sasha is a smart, very independent, but very loving cat with a strong personality if her recent experiences haven’t been too traumatic.  We thought we could bring her with to the new apartment in a Retirement Complex, but she escaped at the earliest opportunity by jumping out of a first story window through the smallest of cracks.  Regrettably security is such we couldn’t just allow her to find her own way back.  Hence she is at Tears awaiting rehoming.

The best home would be with an older couple with some safe garden space looking for a very affectionate, but independent and beautiful cat.  I don’t think it would be a good idea to have another cat already established though a gentle dog who is used to cats would be okay I believe.  Sasha would not take to being pulled around by toddlers.  She would probably just stay away.

She is neutered, fully vaccinated, and has recently received her anti-parasite/anti-flea medication.  Tears has examined her thoroughly and she is in good health as far as I know.  I will be visiting her in the next couple of days.

She will enrich the life of an animal (cat) lover looking for companionship freely given. 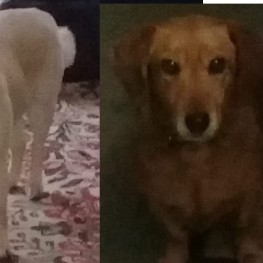 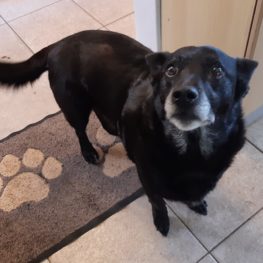