Hello, my name is Snoekie & Gypsey! 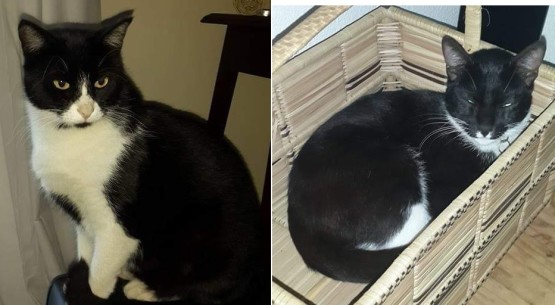 My rescue babes unfortunately need to find another good home!  I despise posts like this, but I honestly have no choice. It’s not safe here for the cats…we just moved and are unable to separate the dogs and cats like previously and the dogs just refuse to make friends with the cats.

Both cats are sterilized, microchipped and vaccinated and were originally tested for FIV/FELV.  They were rescued as very young kittens and I was initially fostering, but obviously that was a fail.

Snoekie, the larger one is male and was born approximately 2011.  He came from terrible abuse…his mother and siblings were apparently beaten to death.  He was very traumatized and it took us months to rehabilitate him. He is super lovable and independent, however he is timid and does scare easily.  He is fine with other cats….he is a gentle giant and will avoid them until he sees that there is no threat.  He is very motherly with babies/kittens.

Gypsy, the female with white lips, was born approximately 2013.  She is a cheeky black and white cat.  She was rescued from a river in Paarl after apparently being thrown in to drown.  She is super friendly and lovable, but after a head injury in 2017, she is a little crazy and just walks into the dog’s mouth….he wants to rip her apart.  She is a little too friendly now.  She will hiss, but it is an act and she is normally the first to approach with other animals.  For example, I have a small old dog I’m fostering, she is blind. Snoekie avoided her, Gypsy hissed but curiosity got better of her.. When Mimi showed no threat she came to rub herself on her.

I have two Pitbull Terriers who are also rescues which my husband adopted.  Unfortunately, no matter what we do, they keep attacking cats. We have successfully separated them all these years, but the new house we have just moved into won’t be safe for them, as we are unable to keep them separate.  Snoekie and Gypsy are used to farm life, they CANNOT be locked indoors…they will go insane!  After being locked in a room for just two days, they were clawing at the door.  Snoekie doesn’t go far when his out…he is so afraid of everything and always stays near home.  Gypsy is the adventurer, but she always comes back after an hour or two….just to say hallo or to take a nap.  She hibernates inside in winter.

They are special fosters who need a loving, caring and patient home. They are very lovable. They are scared of dogs and small children, but if the dogs and children prove no intent to harm they will warm up and shower love on all☺(my 3-year-old irritates them, but they adore my 6-year-old and 11-year-old….they sleep with them). 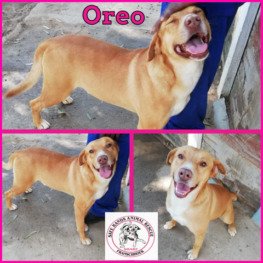 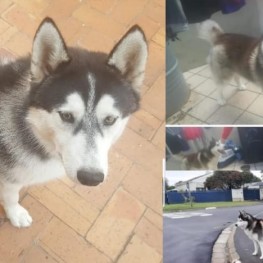 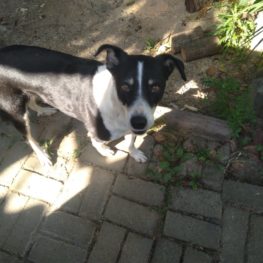 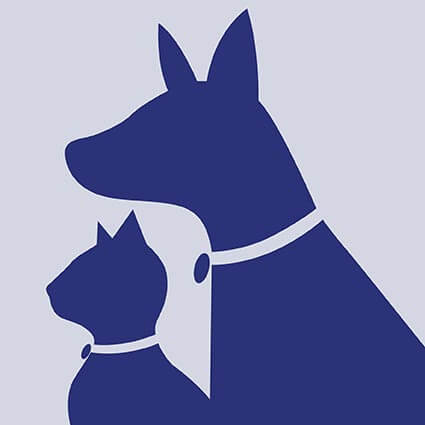 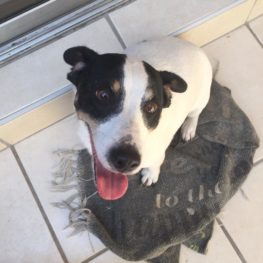 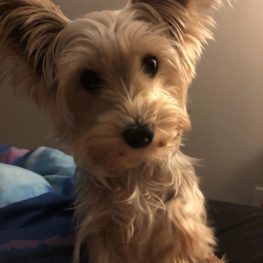 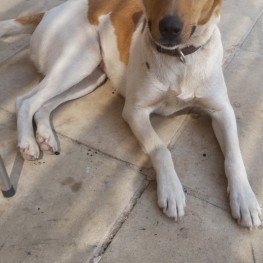 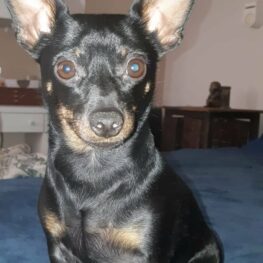 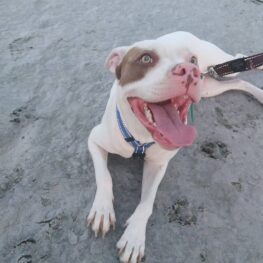