What to do if your dog is bitten by a Snake

BarkingMad – Dogtown South Africa » News, Stories of Dogtown » What to do if your dog is bitten by a Snake 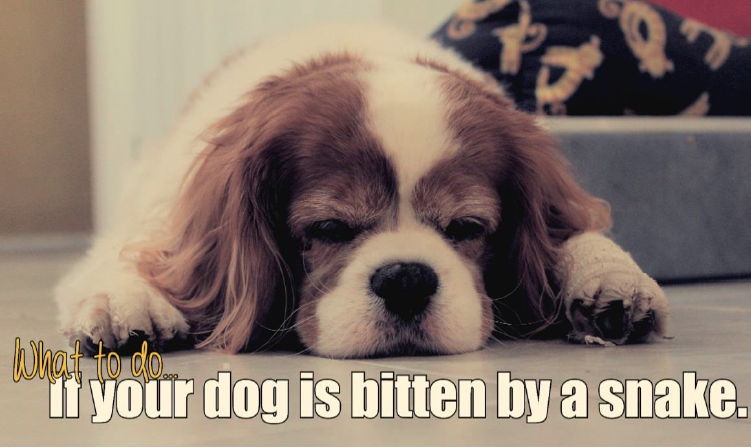 With spring suddenly upon us and the incredibly warm weather we are experiencing, it means the chance of coming across a snake on your walks has increased. In South Africa there are over 120 species and luckily most of them are not dangerous to animals or humans.

However, there are a handful that are venomous and a bite to you or your dog, can be fatal. Here is a list of the most dangerous snakes found in South Africa below, as well as what to do and what NOT to do in the event of being bitten.

The Black Mamba This is Africa’s largest venomous snake and can grow up to 4.5 metres. One of the fastest snakes and can move at over 20km/hour. It can inject fast-acting neurotoxins which paralyses. The Mamba injects powerful doses of venom and a man can die within 20 minutes of being bitten if the fangs hit a major vein or artery.

The Puff Adder Is extremely dangerous because it does not move out of the way of humans or dogs. They also have very long fangs and inject their venom deeply (which is cytotoxic and haemotoxic). It causes severe pain and swelling in the bitten limb, haemorrhages and nausea. Death is from secondary effects caused by the swelling, such as kidney failure.

The Boomslang. Usually found in trees or small shrubs. Their venom is haemotoxic and victims die from internal and external bleeding. A victim can end up bleeding from all orifices. The venom is very slow acting and it can take up to 24 hours for symptoms to appear.

Cape Cobra. The Cape Cobra raises the forefront of its body off the ground, spreads its hood and makes a hissing sound. When in this defensive mode, it will readily strike. They have powerful neurotoxins causing paralysis and breathing to shut down.

Rinkhals is a related member of the cobra family that is able to shoot venom from their fangs usually aiming for a person’s face. They often spray their venom in a person’s eyes and this can cause temporary or permanent blindness.

Mozambican Spitting Cobra. It is a relatively small and thin snake that can spit its venom between 2 and 3 metres, usually aiming for the eyes.

If bitten, the symptoms and severity of the bite depend on a wide range of factors.

Should the bite be close to the heart this can be more serious as the venom will be pumped through the body rapidly. In dogs, bites occur most often on the limbs or muzzle.

What NOT to do in the event of a snake bite

What TO do in the event of a snake bite

Snakes don’t necessarily prey on victims but will strike in self-defense so a dog sniffing around could end up with disastrous consequences.

Therefore with a little planning and being aware of your environment you and your dog can go on many enjoyable walks and hikes.